In August of 1960, the founder and first pastor of the parish, Fr. Joseph McMahon finalized the decision to open a school in the parish. In September of that year, fourteen 1st graders and five 2nd graders started school in a classroom made in the transept of the church. During the year, four additional 2nd graders joined the school making a total of 23 students. The Sisters of St. Mary of Oregon agreed to staff the school, and Sister Josepha was named the first principal and primary teacher.

As the community and parish grew, enrollment increased. Additional classes were held in the rectory basement and in the back of the church, requiring desks to be moved every week for Sunday Mass. In February of 1964, the first unit of the school building was completed and was dedicated by Archbishop Howard on April 23, 1964.

The first 8th grade graduation was in 1967. Two additional classrooms were added in 1969 and again in 1982, giving the educational center eight permanent classrooms. In 1996-1997, the school added rooms for music, science, library, and computers, and expanded and enhanced the space for office and faculty.

Expansion of the school’s enrollment capacity began with the acceptance of fifty-one kindergarten students in the fall of 2009 making enrollment for the 2009-10 school year 291 students. These fifty-one kindergarten students became two 1st grade classes in the fall of 2010. This process of expansion continued until the school graduated two 8th grade classes in June 2018.

During the 2010-2011 school year we celebrated our fiftieth anniversary of providing Catholic education.

In August of 2011 Phase 1 of our Capital Campaign was completed which included: a new double gym, renovation of the old  gym into a cafeteria/multipurpose parish facility, and construction of three new classrooms in the current cafeteria.

In August of 2015, Phase 2 of our Capital Campaign was completed which added an East Wing to the Education Center. Eight additional classrooms were included: five homerooms, a new science room/lab, a new music room, a remodeled art room, classrooms for breakout and small group instruction, as well as a new administrative office, and a new enclosed security entrance.

In Fall 2018, we added Pre-Kindergarten. 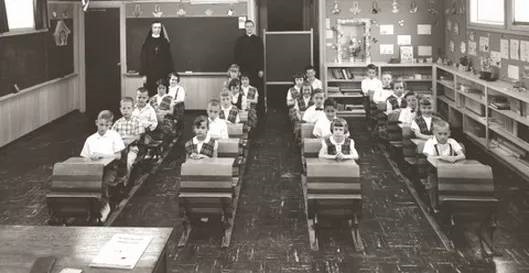 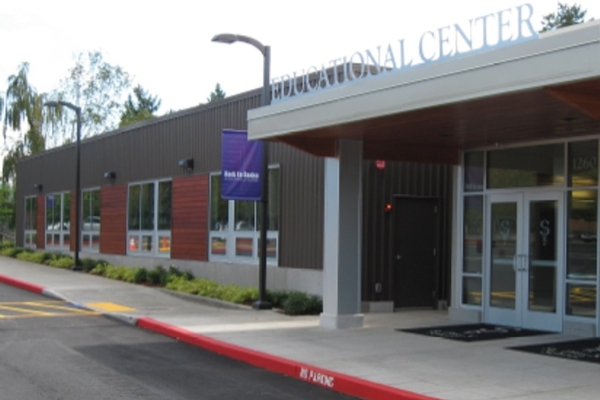